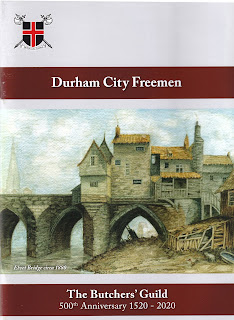 On May 14th 2022, the Butchers' Guild celebrated their 500th anniversary. The Butchers' Guild is one of eight surviving Guilds which form the Companies of the Durham City Freemen. Originally there were 16 Guilds of which the Weavers and Websters were the first in 1450. The last Guild to be accepted were the Dyers and Listers in 1667.

In 1167, Bishop Pudsey granted the first charter to the City of Durham. As the County palatinate of Durham it was unique in that the borough charter was granted by the Prince Bishop rather than the reigning monarch. In the 14th century, trading associations were formed to regulate and control the trades in the city. The first recorded charter was in 1450 for the Weavers and Webster and by the later 15th century there were 16 Guilds. The Guild Hall fronts the Market Place and was built in 1535 but the present classical façade was designed in 1754.

Nowadays the Freemen can be any man or women of 18 years and over who has any of the qualifications required is eligible to be admitted to the Freemen of the City of Durham. They have ancient privileges which include: 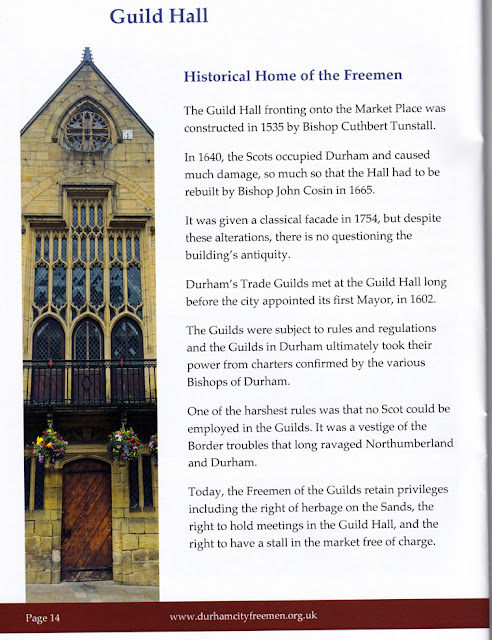 The Guild Hall room has displays of various items connected to the Guilds including the crests of the Guilds.

It was difficult to photograph because of the sunlight streaming in from the from the balcony window.  The motto for the Guild is  'Weave Truth with Trust.'
The Durham Guild of Spinners Weavers and Dyers were invited to join in the day of celebration for the Butcher's Guild. We set up in the Guild Hall.

Gary Bankhead is an underwater archaeologist who dives in the River Wear and catalogues all his finds.    https://diveintodurham.uk/gary_bankhead.htm

His table of recent finds was fascinating and included medieval spindle whorls.
On the day, the Mayor, the High Sheriff and the Lord Lieutenant arrived and there was a guest reception. There was a Town Crier in the Guild Hall who went out onto the balcony during the course of the day to announce various events. Outside in the Market Place, there were musical performers dressed in the costume of the middle ages and also Morris dancers. 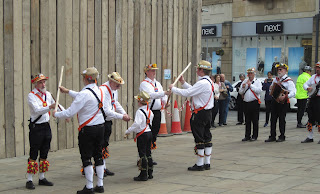 A butcher gave a demonstration of butchery on his stall outside in the market Place. 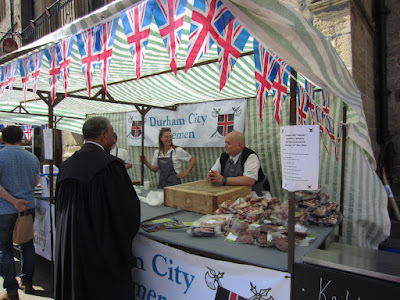 We had a lovely day and enjoyed meeting the people who came into the Town Hall to see the displays.
I hope that you enjoyed this glimpse of historic Durham.
Susan J Foulkes June 2022
Posted by Durham weaver at 06:00