Hair Braiding at the Weave Fair in Växjö 2017


At the 2017 Weave Fair in Växjö, Nina was again demonstrating and had beautiful examples of her work for sale.


Concentration is needed to weave such fine hair. 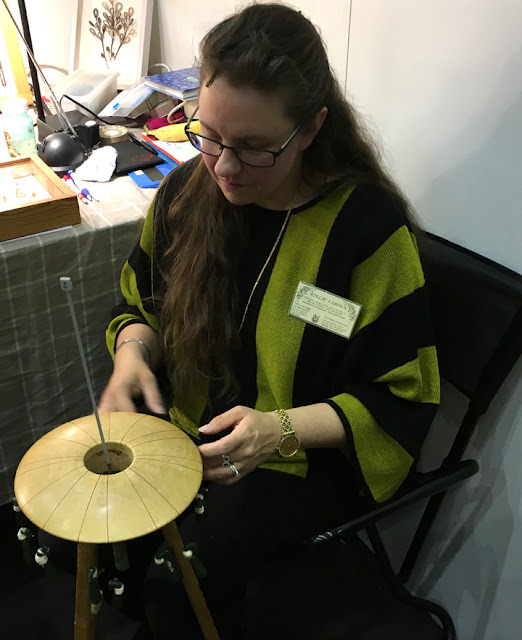 Here is a close up of the underneath of the braiding stool. 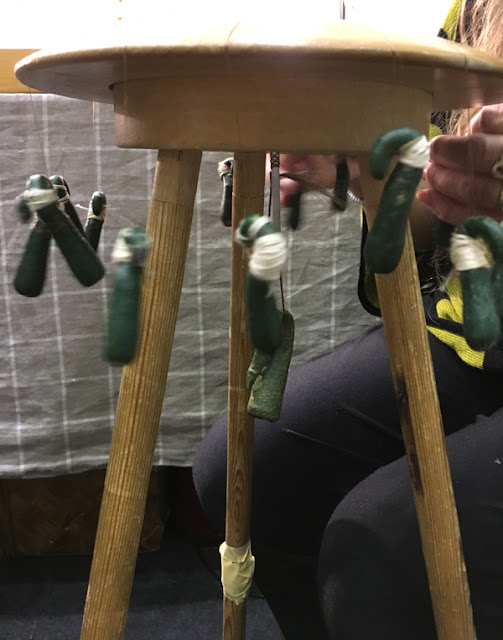 It was wonderful to see how the hair is made into such pretty objects. I made a short video on my phone to show the braiding process. I have uploaded it to my Facebook page. https://www.facebook.com/sue.foulkes.5

Here is the pretty heart shape which I bought. It is very small and the pound coin will help with scale.


Nina lives in Våmhus, Sweden which has a long tradition of hair work. The Våmhus Tourist Organisation has established hair work as an important part of the cultural heritage of the village. During the summer holidays, demonstrations and classes are held so that these craft skills can be passed on to a wider audience.

In Tacoma in 2016, there was a lecture by Anna Sparr entitled Making Hair Work. Her lecture is in the Conference Proceedings page 79 -82.  Anna is a textile conservator at Frederiksberg Castle in Denmark and was originally from Sweden. The history of hair braiding and the imporatnce to the local economy in the 19th century is fascinating. The 'hair girls' of  Våmhus travelled all over Europe to earn money for their village. Thye travelled widely in small groups; Hamburg, Dublin, St Petersberg, Edinburgh, London, Copenhagen, Lubeck, Magdeburg, Berlin, Vyborg, Oslo,even Moscow. These travelling workers left their small village at the end of a harvest returning at midsummer the following year. An amazing story showing enterprise and courage!


If you want to buy a coy, here is the link:  https://thebraidsociety.wildapricot.org/Books-for-sale

In Scandinavia, I became a great fan of cinnamon and cardamon buns. Another Swedish bakery has opend in London which I can recommend to anyone who wants a real taste of Scandinavia.