Plain weave warp faced bands are the easiest to weave.  The colour order of the threads in the warp determine the pattern.

On my blog for June 2014 I described a way of Designing simple warp faced bands and also looked at Stripes in April 2015. Click the text to go straight to the blog post. 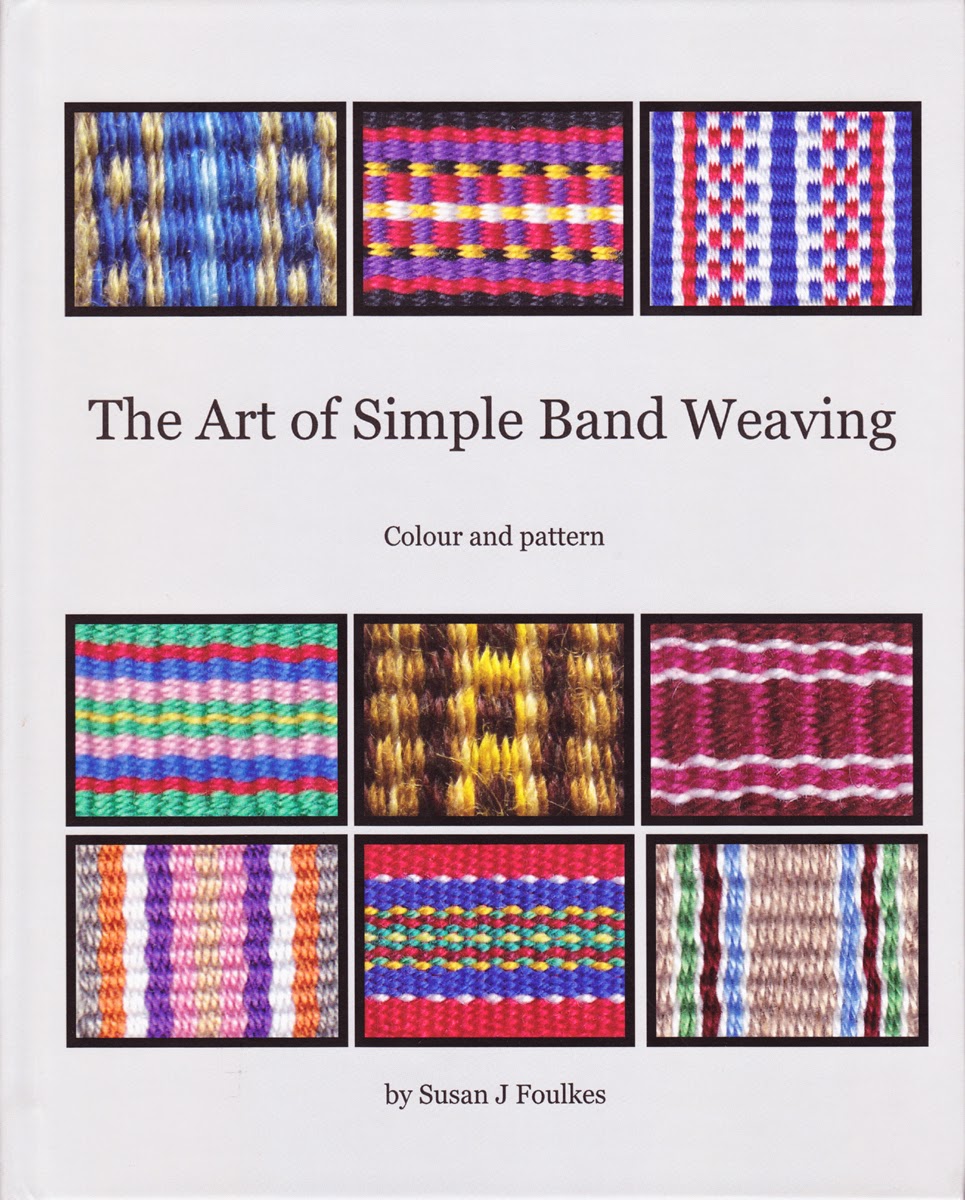 These lovely bands can be woven in a number of ways.  I made a YouTube video illustrating  Five Ways of Weaving Narrow Bands.

My book, the Art of Simple Band Weaving gives over 150 patterns for weaving these simple but colourful items.


I will illustrate how a simple change can make a difference to the pattern.


These two bands are made from red and white wool and are from Finland.

The first band has 23 warp ends with five red warp threads in the centre.  The white ladder pattern on either side is the same;that is the 2 white warp ends on each side of the band show on the surface at the same time.

This second band has six red warp ends in the centre.  This offsets the white ladder patterns on either side.

You can see that a small change can alter the pattern,

I have found a very useful pattern generator for this type of band.  Go to this link for the web site. Pattern Generator.

You can choose how many threads for your band and colour them in.  It can give you a picture of how your design will look.

Here is another suggestion for varying a pattern.

In my post for April 2015, I showed some striped patterns from the beautiful Estonian book on woven skirt patterns.  Here is another band pattern taken from a skirt design on page 98.

Here is the yarn wrap I made from this pattern.
I translated this yarn wrap into a weaving pattern.


You can see that the single white warp end in the centre produces an attractive dotted pattern.
It is possible to enhance this effect by doubling the centre white thread.  Using two strands for the one warp end produces a stronger white dot along the centre of the band.


Here are the two bands side by side.  The top band has a single white yarn.  For the second band I used a doubled thread and the dot is emphasised.  My book, the Art of Simple Band Weaving gives other ideas for varying patterns.


Stoorstalka have a new YouTube video with English subtitles showing the technique.

This YouTube video is in English.  Introduction to band weaving with STOORSTÅLKA Band weaving kit Small