This is my fourth visit to the Derbyshire Guild. 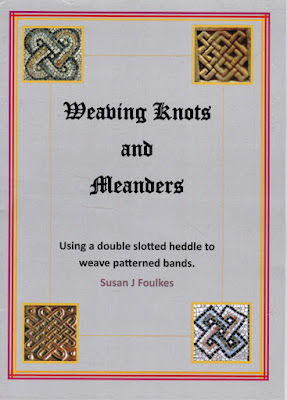 This time the focus was on Knots & Meanders and lettering. All participants received the booklet with pattern charts for the 13 double slotted heddle.
Everyone started with the same pattern. For some people, a complex pattern was more interesting. 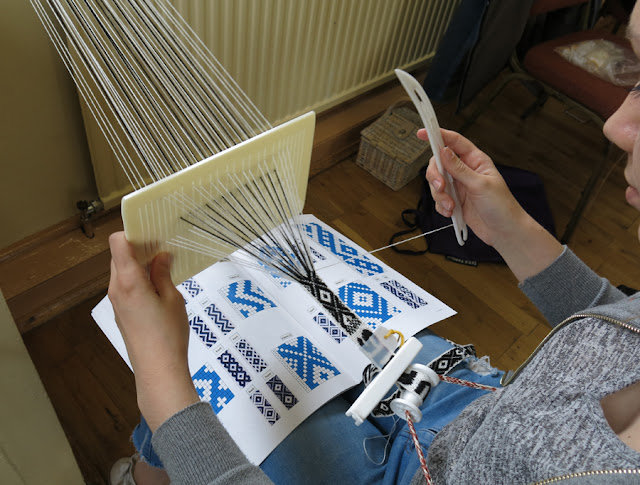 I wanted to add another dimension for the Guild members who were now more experienced band weavers. I have been working on letters and numbers for 13 pattern threads. You can see the piece of weaving I completed for the Guild.

Letters and numbers with 13 pattern threads are difficult to design.  It is almost impossible to get a crisp outline but even with the feathered effect, the letters can easily be read. I shared my designs with the Guild and many of them decided to write their own messages.

Dealing with long floats on the reverse of the band.

Between words there will be long floats on the reverse side of the band.  There are two main ways to deal with this. If you look at my name at the end of the blog, you will see that I have used a simple connecting pattern to divide the words which will avoid too many long floats.

There is another trick to tie down long floats which is quite useful.

Using the Baltic threading, the graphs have dots to indicate whether the heddle should be raised or lowered.  There are two rules for design.

For a pattern to weave correctly on the surface:

Here is an example. For the Derbyshire Guild letters, there are 7 picks in between the letters E and G.

Can you see the two faint black threads in between the two letters? These are pattern threads on an undotted square.

If you look carefully, you will see that two of the floats are tied down.

Here is the graph for the two letters and the 7 pick space in between.  I used only two tie down threads as an example but more can be added. A single pattern thread not on a dotted square will be partially concealed.

A sample graph for you to try.

Here is the graph for 2018.  The graph is for a band with 13 pattern threads. The numbers usually take 9 picks. The spaces between the numbers is always 3 picks. Each number will always start on a dotted square( an odd numbered row when the heddle is lifted).


Here are some pictures of Guild members with their backstraps. 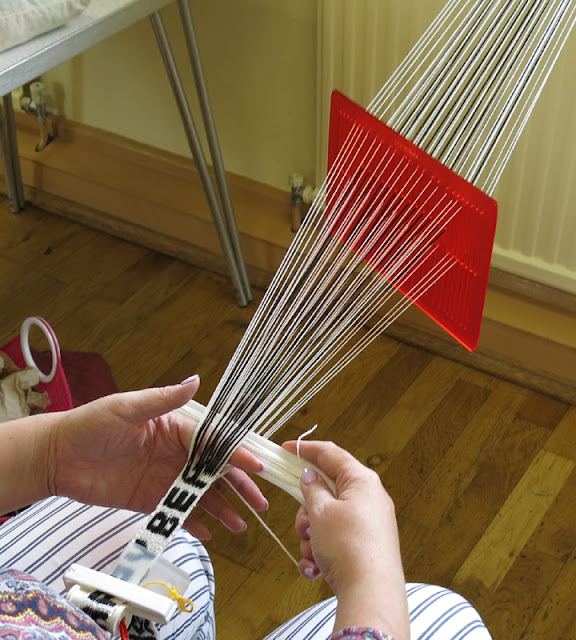 Some members said that it was easier to weave letters rather than patterns because letters are easily recognisable shapes. 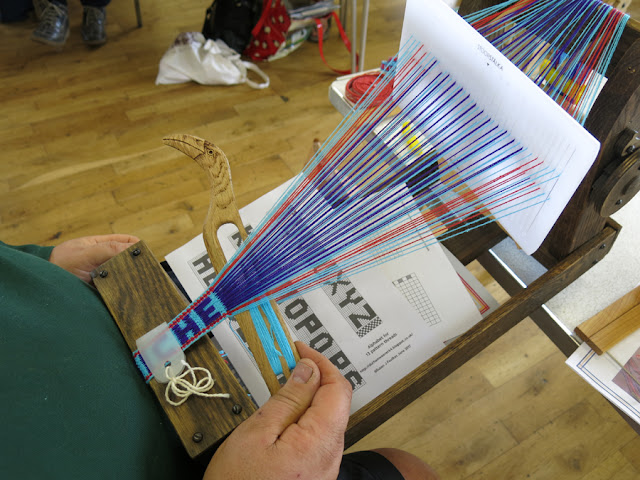 Look at the lovely hand carved shuttle in this picture. James had an impressive range of shuttles all hand made.  This shuttle has a toucans head for doing the pick up.  The decoration has been burnt onto the wood. This skill was taught by another Guild member.  Derbyshire Guild members are multi-talented. 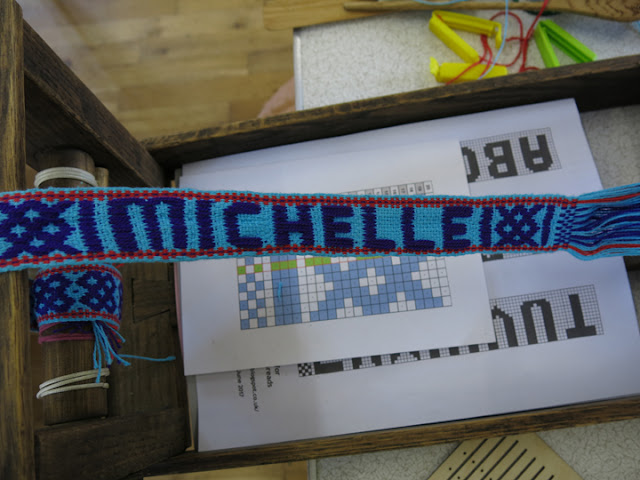 Here is the completed name.

I had a wonderful day with the Guild.  I learned about Norwegian runic inscriptions in Stave churches ( I will definitely go on holiday to see them!), saw some lovely hand carved woodwork and met some lovely people.  My one regret is that I did not have longer to chat with everyone. Thank you for inviting me and additional thanks to those who allowed me to photograph their work for my blog.


Here is the chart for the word HAPPY.

Here is the complete alphabet. It took me a long time to devise as each letter had to be checked that it looked alright once woven.

All letters start and end on an odd numbered row. The heddle is lifted on odd numbered rows.   It is easier to weave if you transfer the letters you need onto a blank weave chart like the HAPPY chart given above.

There are three spaces in between each letter. 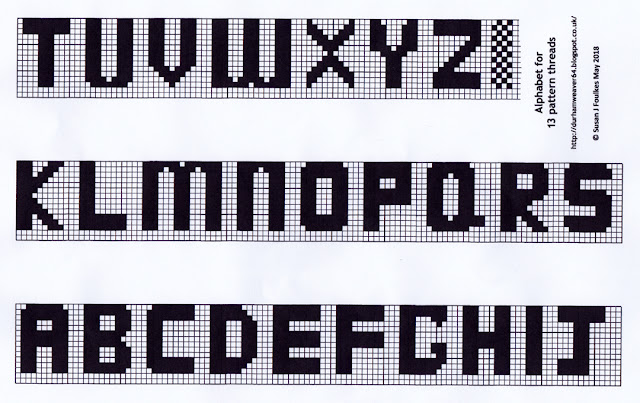 It is much easier to weave letters using the double slotted heddle than on an inkle loom.