I use a double slotted heddle (the Sunna heddle) and back strap to weave patterned bands.  This is a very portable set of equipment and easy to set up.  The picture shows the Gehpa curved shuttle which is excellent for making pick ups.  The far end of the warp is looped around a G-clamp which I usually attach to a window ledge.

The band lock is a lovely invention which enables the band to be tensioned quickly.  You can use a 'clip-it' or even a pin instead.


I also use my double slotted heddle in a small rigid heddle loom.


The heddle needs to be a reasonable distance from the fell of the band.  It is not used to beat the weft!  The weft is beaten in using the side of the shuttle.

When setting up the warp, it is important to keep the warp wide at the warp beam. Separate out the layers with cardboard or paper when winding on.


An adapted loom.
Weavers are an ingenious group of people.  They are always keen to adapt their equipment for their own use.  Here is another example which you may find interesting.


Peter Fox from Cumbria adapted an old rigid heddle loom to take the double slotted heddle.  Here are his photographs. 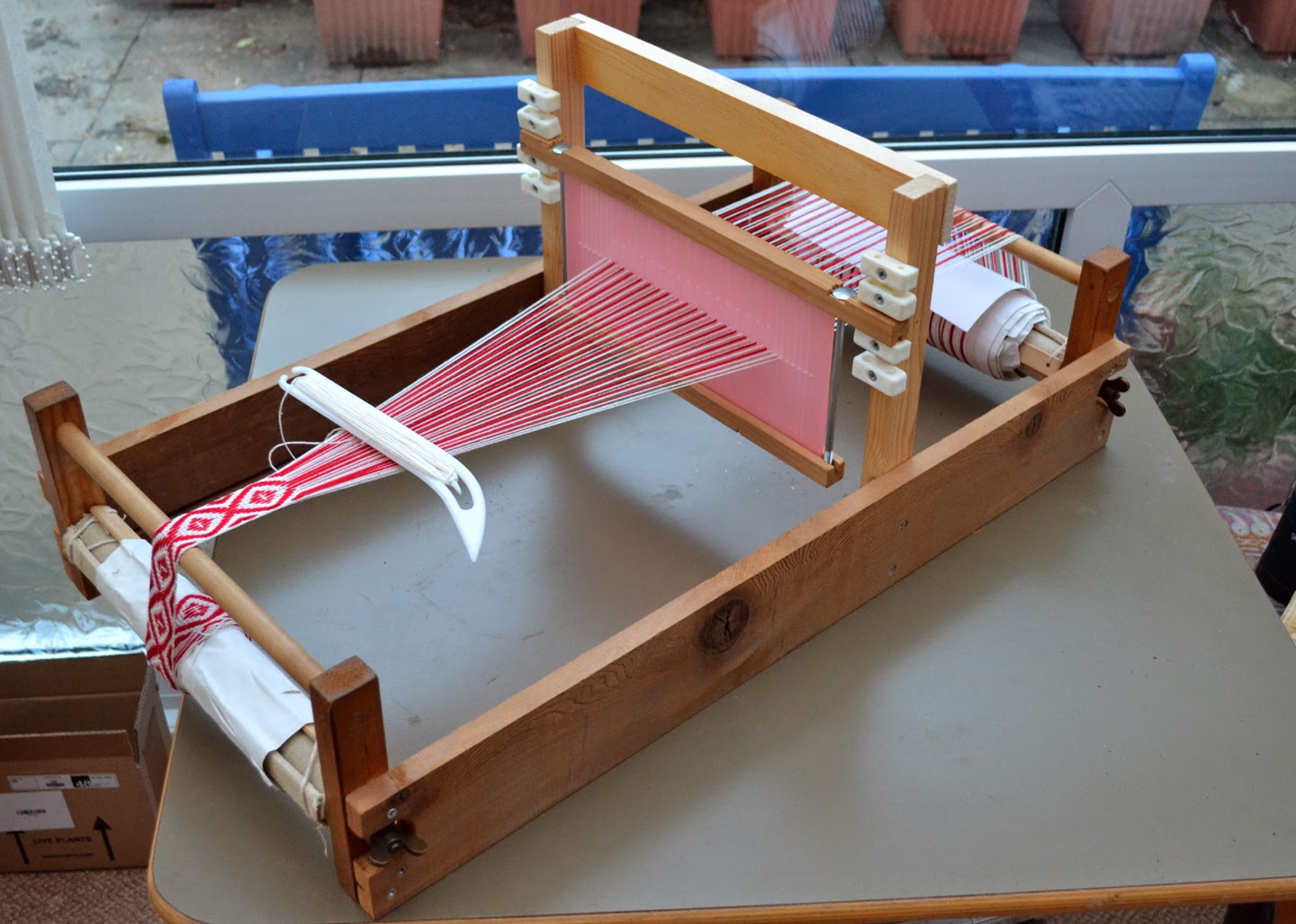 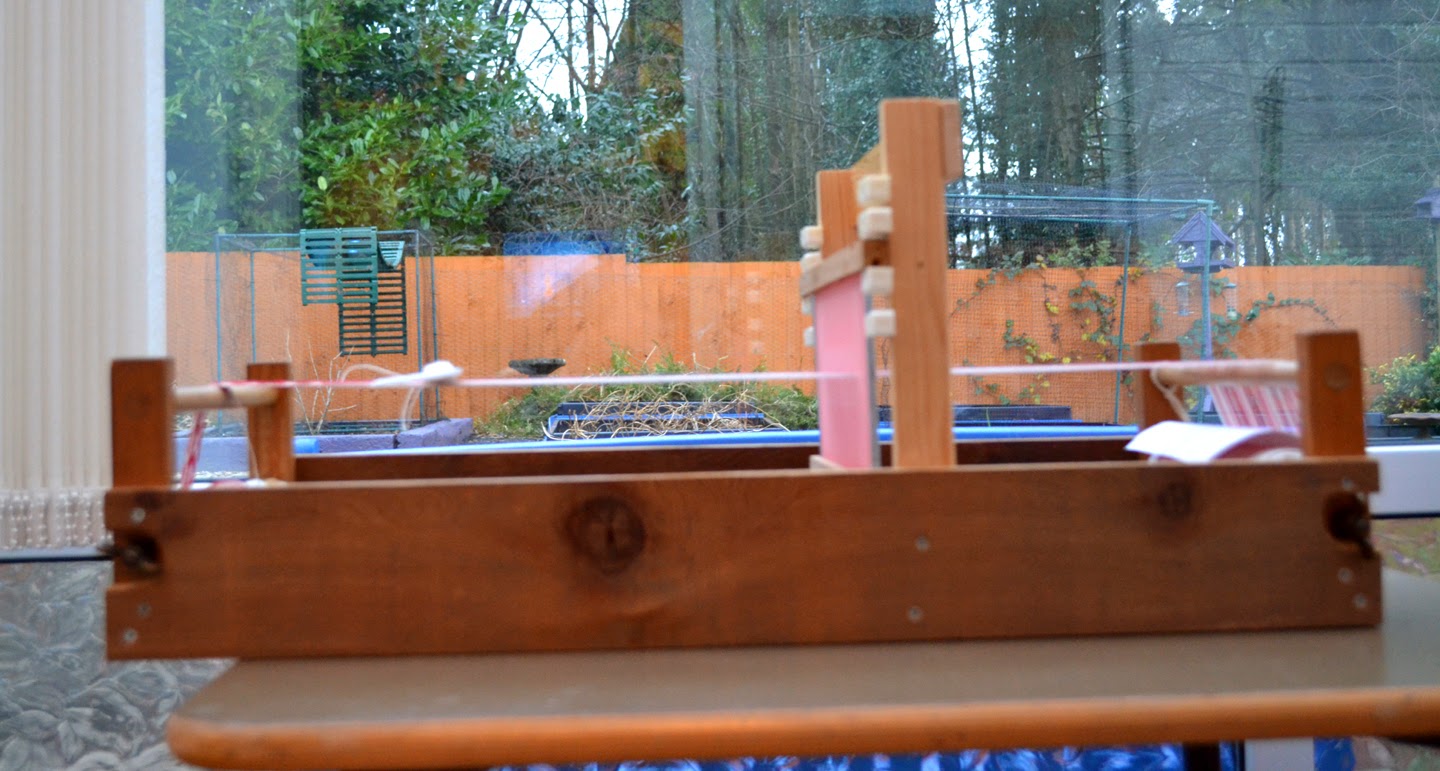 The spread of warp ends using a heddle means that the heddle needs to be at a distance from the fell of the band and still be in a comfortable position for weaving.

A loom needs to be long enough to accommodate this.  Peter  made a new ‘castle’ to take the double slotted heddle. He tried two new longer side pieces and experimented until he had the right balance between getting a better spread of the warp and not having the heddle too far away.

He is also willing to modify looms for those who do not want to tackle this themselves.