In my book, The Art of band Weaving, I described a way of designing colour stripes for bands. 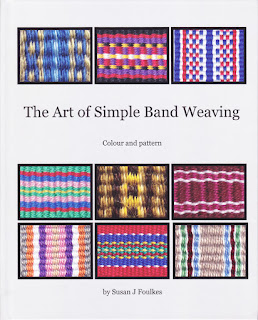 Using a colour strip from the photograph.


I enjoy experimenting with colour. I thought that I would use my own method to design a stripe pattern for a woven band from this picture.

I isolated a strip from the photograph.  This can be done at any angle. The resulting colour strip I took is here.

The colours of the restaurant and the greenery with the autumn leaves combined with the grey stonework of the bridge are striking.

1.  Here is my first attempt to combine these colours into a band design


Here is the woven band. This is the first design.

2.  I decided to vary the design by omitting one of the yellow stripes in the centre. I think that the second design is more dramatic. There are 56 warp ends in this band.

3.  For the third design I removed the brown stripes and made the yellow stripe in the centre smaller. There are 54 warp ends in this band.

4. I thought that I would look at an asymmetrical design. Here is the drawdown with 37 warp ends.

Which design do you prefer?

This was a very informative exercise.  I love designing bands as I can play with colour and make combinations easily.

Happy Weaving.  Enjoy exploring colour and designing your own bands.


I completed a very interesting course called the Power of Colour with FutureLearn.   I learned how to use some digital tools for analysing colour in an image.  There are two free tools which you can use. I took a picture of a view near where I live.  I uploaded it into the two programmes to see the range of colours:  ColorExplorer, and  TinEye Labs   You can try these programmes for yourself.

You need to make sure that the image is of a small number of pixels for the programmes to work.


Here is my photograph.

I uploaded my photograph and this is the colour analysis. 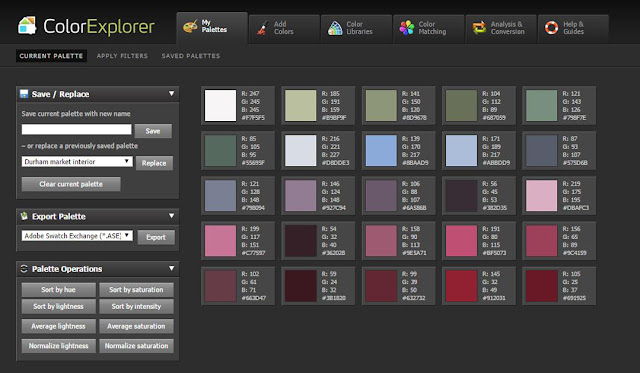 
The second analysis is from TinEye Labs. at http://labs.tineye.com/ 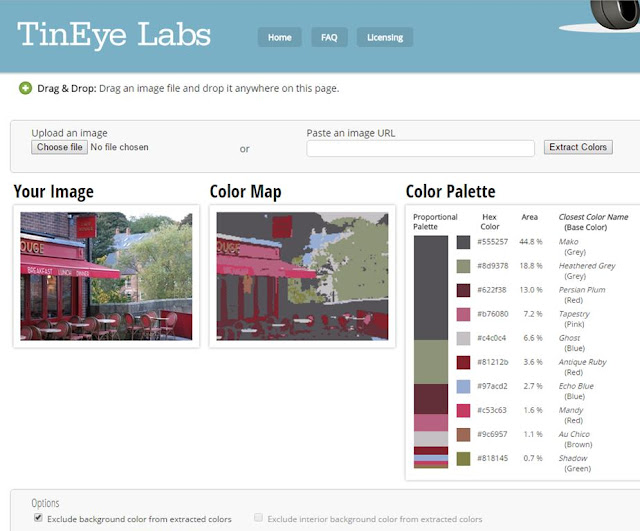 It is interesting to compare the two types of analysis from the same photograph.  Why not try it for yourself.

As a tool for interior design I can see that it would be very useful.

I used the four colours to design my first band. There are 61 warp ends. i used 16/2 Swedish cotton used double to make a wider band.  the weft is 6/2 cotton in grey which is nearly the same colour as the grey 16/2 cotton at the edges of the band.


After weaving, I decided that I did not like the single red stripe. I left the single green stripe.  There are 58 warp ends.


For band 3 I thought that I would leave the colours in stripes minimising the overlap of colours.

I would probably not have chosen this particular combination of colours from my photograph but it has been fascinating to see what could be done with them.

I feel that these colour analysis tools would be of more use to interior designers.  It was fun to play with them. I feel that I would probably have found these colours anyway by my own method of taking a strip across the photograph.  I will show you how to do this in my next blog.