Weaving with the Sigga heddle.


This new design of heddle from Stoorstalka makes weaving a particular type of Sami band easier. A Sami weaving tutor worked with Stoorstalka to develop it.

I have made a YouTube video showing how to weave using the Sigga heddle. Weaving Sámi bands with one group of pattern threads 2015  The video shows a band with 10 pattern threads. The pattern for the band is given on the video.

Stoorstalka have just released a new video showing the Sigga 8 heddle in action.  It has English subtitles and is very professional.  I wish my videos were this good.
Here is the link    https://youtu.be/Ta0NthvwMfM


Here is another pattern for the Sigga heddle.  I used the 16 pattern slot heddle but this pattern only has 6 pattern threads. I used wool from Stoorstalka for the band.  It is very narrow - only 1.4 cm in width.

I have found that it is easier to thread the heddle by making two separate warps.  Make a warp for the background and border threads and a separate warp for the pattern threads. Look at the weaving tips at the end of the video.

Once these are threaded, take the second warp of 6 pattern threads.  Thread these yarns through the shorter slots in the heddle.  I usually thread them by starting in the middle and working outwards. For this band there are only 6 pattern threads so there are five empty pattern slots on either side.

I made a short YouTube video to show how to weave using the Sigga heddle to accompany the 2015 online workshop with Braids and Bands. Do watch the video so that you understand how to weave this type of band.  There are some weaving tips at the end of the video.

There are two books which have patterns for this type of band.  Unfortunately both are out of print. However, here are the details should you wish to search for them. 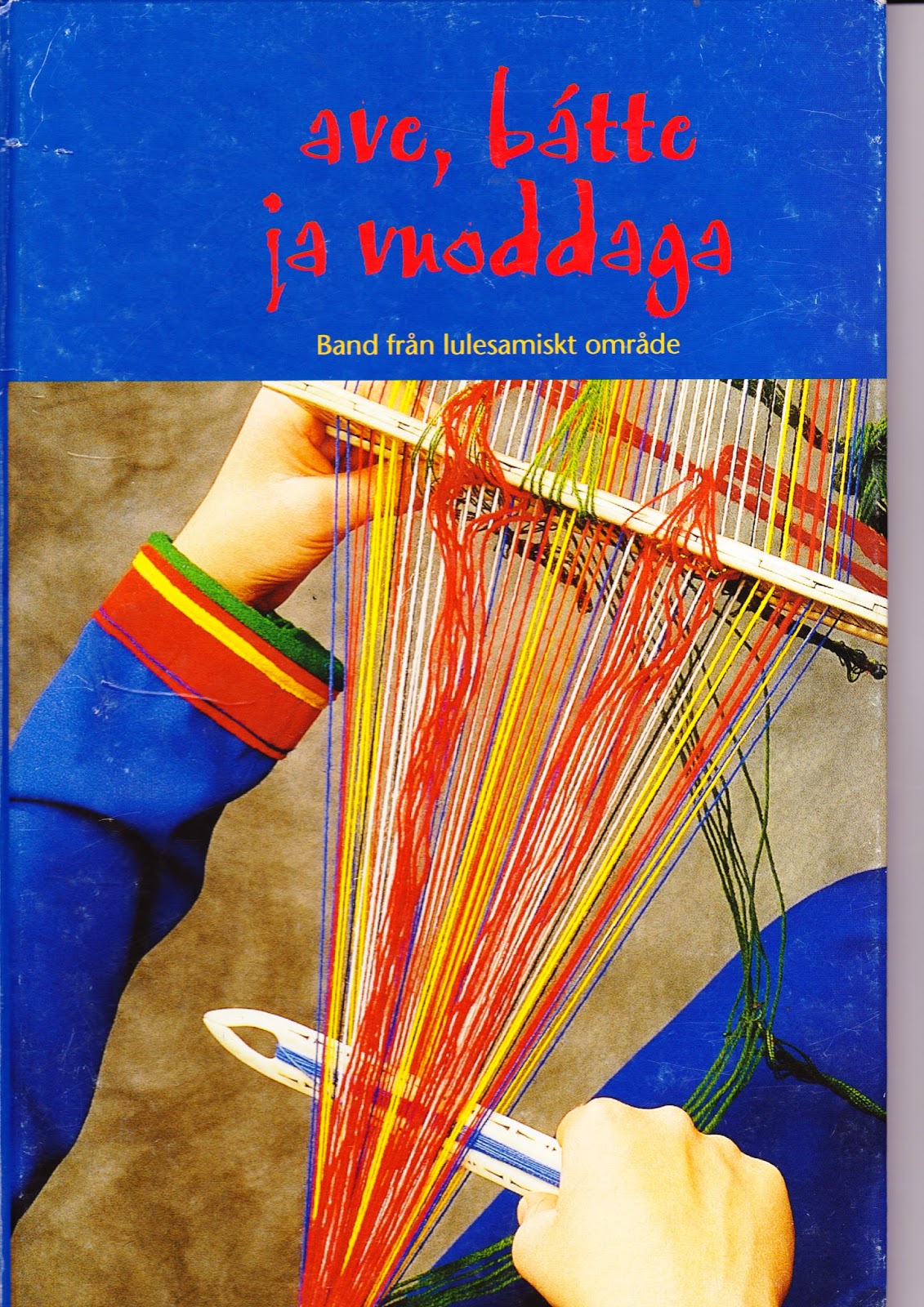 The picture on the front shows the traditional method of weaving.  The digital museum in Norway has a series of photographs showing this method of weaving. You can scroll through several photographs showing how the band is woven ( go to Next above the photograph)  A set of string heddles are used to pull the pattern threads down. The pattern threads are loose so that the pattern can be adjusted on the top and underneath the band whilst weaving. 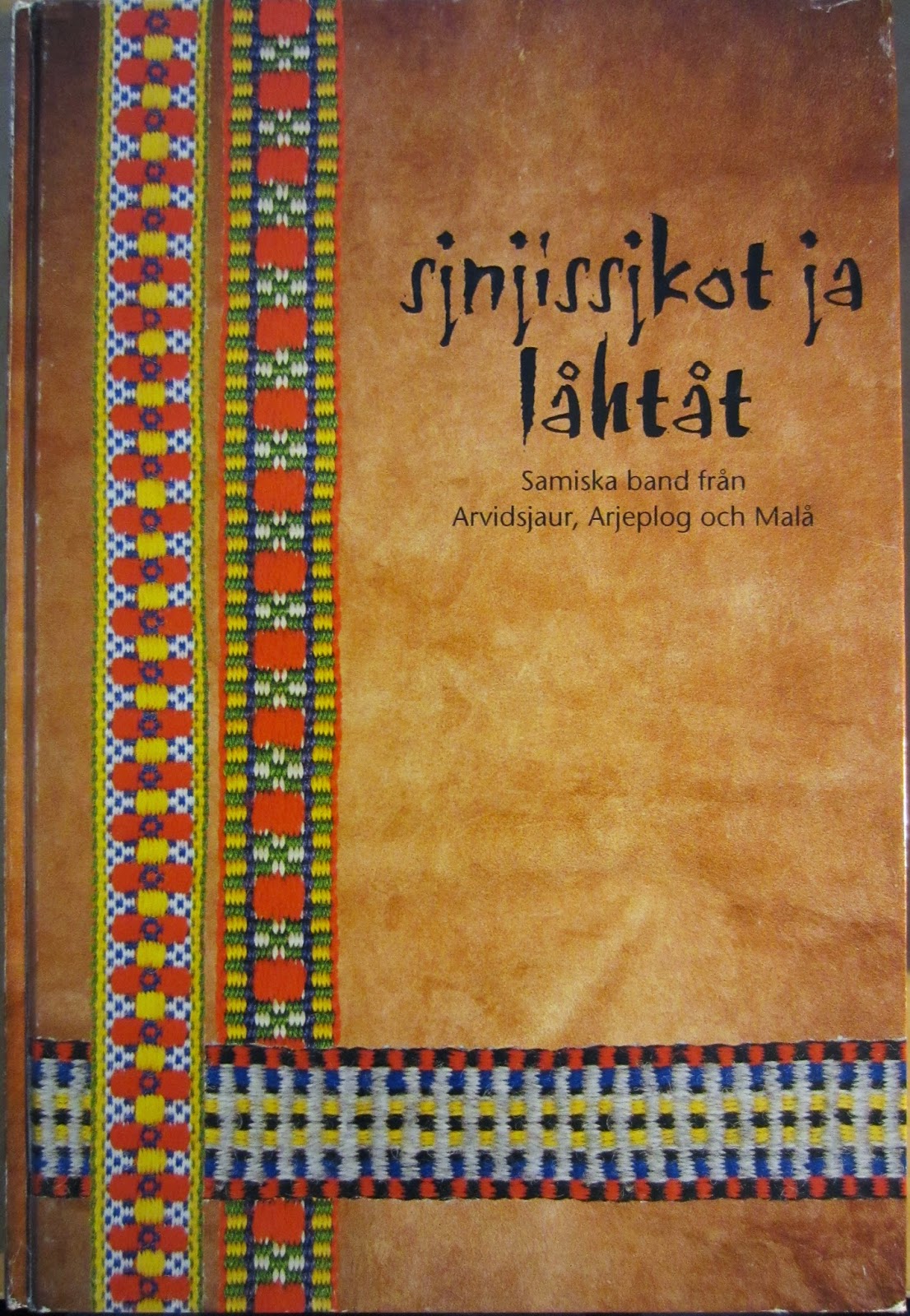 There is a wonderfully informative web site which gives more patterns for the Sigga heddle.