Here is a salutary lesson.  As I had some free time a few months ago, I made a number of warps for upcoming projects.  When I came to use one of them, I realised that I had forgotten to indicate precisely which pattern I was going to weave.

This was annoying. I had used beige and white cottolin but the vertical stripes in the warp were 11 threads - there must have been a specific pattern that I had intended to use.  I searched through my folders and magazines but could not discover what it was.  Oh well, plain weave it had to be.


To vary the weaving, I made four variations to the weft colour.

The first and second  was using a white weft throughout and then the unbleached.
The third and fourth variation followed the stripe warp but the beginning and end of each towel was woven with either white or unbleached.


As usual, when I had finished weaving, I cut each towel and then ironed the hem into place.  The hem was then sewn.

I designed a hanging tag for the towels. 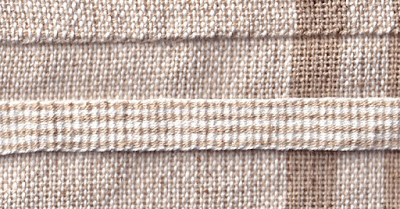 When I put the tag on top of the towel I decided that the white border was not suitable.  I took out the four ends of white at each side and continued weaving.  The tag has 35 warp ends.

I think that this gives a crisper edge to the hanging tag.

I cut four short pieces. I ironed the tag so that it was folded into the correct shape for sewing to the top of the tea towels. 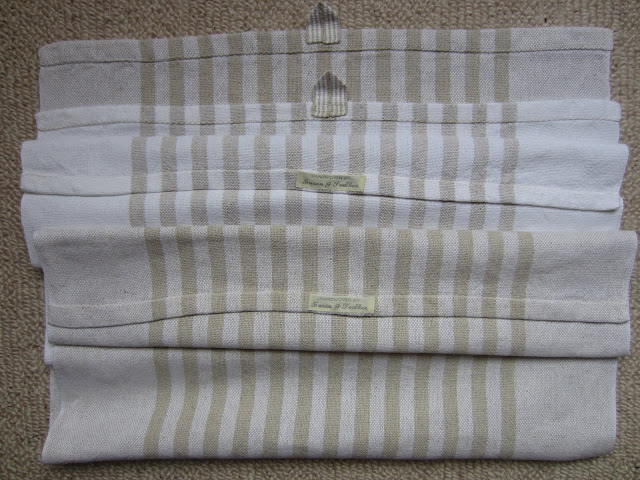 Here are the two towels and the sewn on hanging tags.

The narrow band for the tags was woven with a white weft and then a a beige weft. I preferred the look of the tags with the beige border as it makes them stand out against the towel pattern.


I wove two towels with a checked pattern following the warp order of the stripes.  One towel was woven with the white weft and one with the beige weft.


Here are the dimensions for the checked pattern. I wove the horizontal stripes for 12 picks. 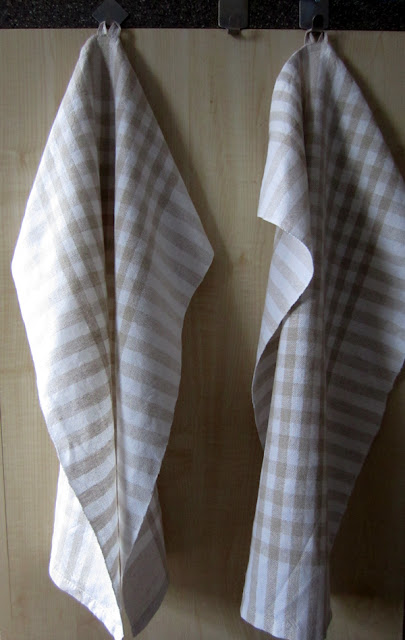 I prefer the check design.