Last September we spent a week in Sienna.  It is a beautiful city and there is so much to see and do I feel sure that we will go back.

Wandering around Sienna, I found two shops that had a working loom.  In one shop,  the loom was in use so naturally I stopped to have a chat. On my Facebook page there is a short video of a weaver in a shop.  It was wonderful to see and to talk to a handweaver. If you go to Sienna do remember to visit this lovely shop. 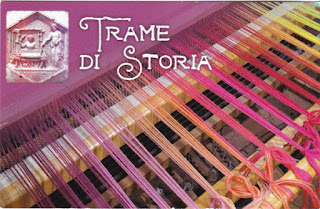 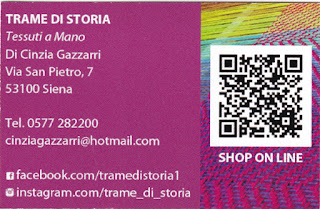 Inside the shop were two looms, one of which was in use. 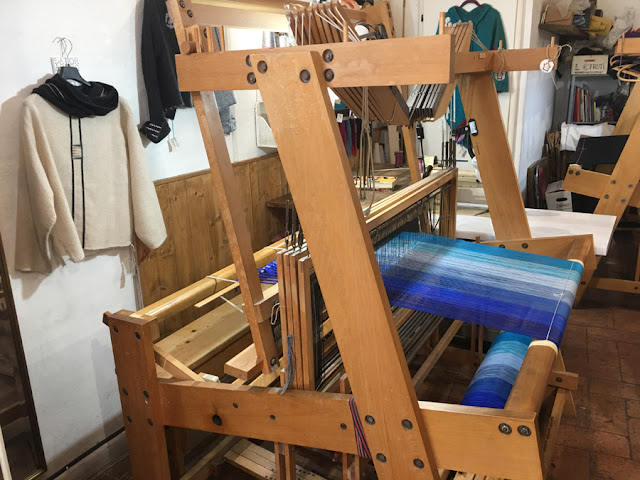 See my Facebook page for a short video of her weaving on her large loom in her shop.

The Pinacoteca Nazionale is a wonderful art gallery.  We spent two afternoons there as there is so much to see. The web site can give a you a short tour of some of the paintings.


I am taking a part time MA in Art history and art and architecture have always been important when we go on holiday. The Pinacoteca Nazionale is a national museum in Siena. One exhibition was particularly interesting. The theme of the exhibition display was how paintings can inform us about   contemporary life in Sienna at the time they were painted.


One aspect that I noticed was the bed covers in lovely check patterns.There were several lovely patterns.  Here is one of them. The painting showed a miracle.  An infant had fallen out of a cot and had died. He was brought back to life by the Blessed Agostino Novello who flew to the rescue. The painting is by Simone Martini and dates from the early 1320's.


The bedspread is on the left hand side of the painting. 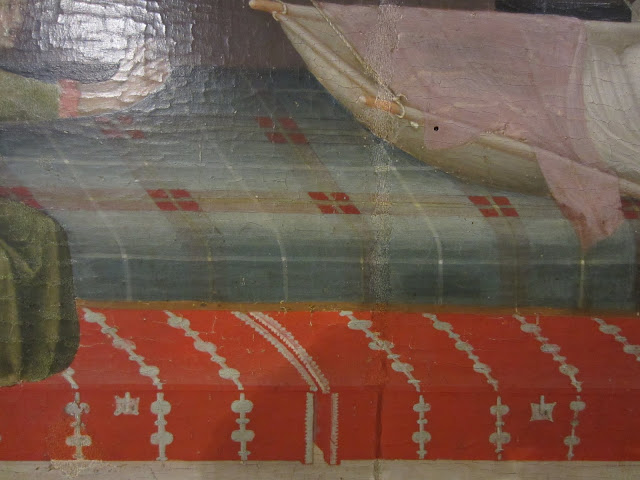 I thought that it would make a handsome check for a tea towel. Looking through my stash of yarn I found a selection of colours that I thought would be suitable.

Cottolin in four shades for the warp and the weft.

Here is the pattern.

There are five orange stripes and four wider off-white stripes across the width of the cloth.


Ends per inch for the warp.

The weft is woven at about 20 epi.
Follow the colour order for the warp. 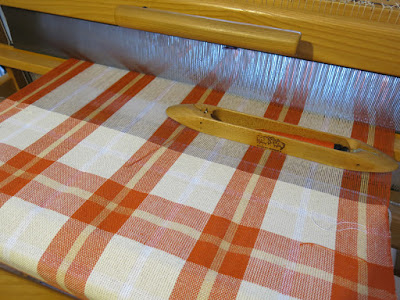 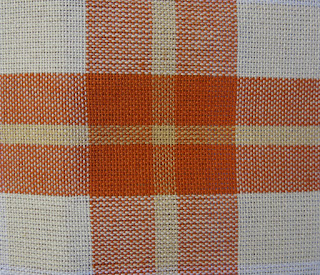 How I finish the towels 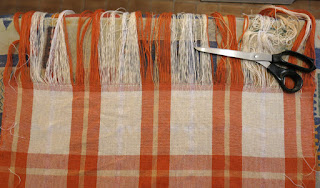 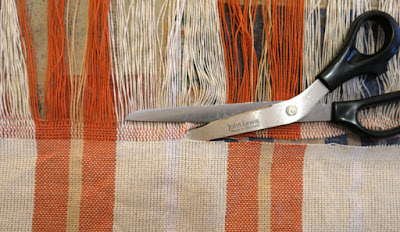 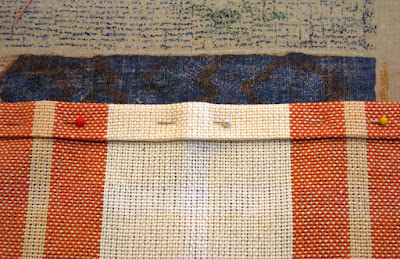 Now run tacking stitches along the hem to hold it in place. Iron once again and the towel is now ready to hem on the sewing machine.

I was amazed that both tea towels turned out to be exactly the same length and width. Usually I find that one tea towel is longer than the other!


Hanging tag for the dish towels. 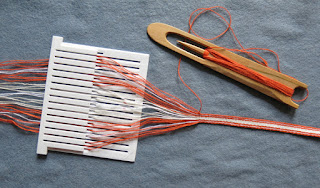 I wove three different tags.  The first tag I wove using a new type of heddle which I had seen on a YouTube video.  https://youtu.be/HMbcwQ_rpoM

I bought the heddle from Stephan and tried it at home. It is very simple to warp. I placed it in a holder so that it would be upright when threading. I tried it with a backstrap. It is not quite as firm as a conventional heddle and does bend slightly in use. It is more stable when used in a loom like the one on the video.

Here are the tags that I wove. 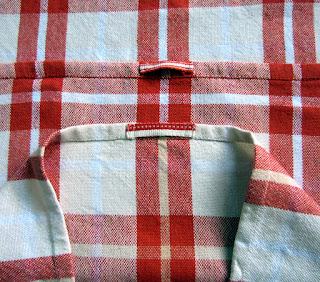 The warp and weft are cottolin in the same colours as the tea towels.

I made two variations of this pattern. For one pattern I swapped the white and beige colours.

Designing your own tags is fun.

My book The Art of Simple Band Weaving not only has many designs but also shows you how to create your own variations.

It is available through blurb.com


It is also available as an e-book for an IPad.

Once the tea towels had been hemmed I put them into a washing machine for a normal wash cycle.

I am very pleased with the finished tea towels.

There were of course many other interesting textiles on the paintings.  I will be making more tea towels later.

Here is a link to a painting we saw by Lorenzetti called the Birth of the Virgin .

The bed spread is interesting but look at the lovely towels held by the servants on the right panel.